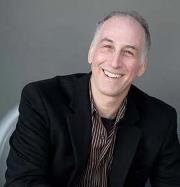 On April 5th at a meeting of the Amherst Garden Club in New Hampshire, Rich Pomerantz gave a lively overview of how anyone can take great garden photographs. With digital cameras, it’s easy to rely just on auto mode to take pictures – I’m guilty of this even when I know if I made a few adjustments my pictures would often be so much better. By paying attention to lighting and composition as well as camera settings, Rich showed us the difference between so-so pictures and ones that can make an audience gasp with delight.

Rich Pomerantz’s major focus in photography centers on his interests in gardens and farms, and often extends to include people and their lives. He has published books, such as Great Gardens of the Berkshires, and his photos have appeared in several magazines including Garden Design, Yankee Magazine, and National Geographic. He also offers workshops on photography in New York City and in New England.

A very down-to-earth person, Rich has a keen eye for beauty in sometimes unexpected places and a talent for capturing that beauty in photography. It’s often a matter of finding the right combination of light and view point for a particular moment and tweaking your camera settings to capture that moment most effectively.
Here are some of the valuable pointers he gave us to improve our pictures:

Like with any endeavor, photography requires concentration or focused attention to get results that are a notch or two above the ordinary. So grab your camera and shoot for the extraordinary!

And if you would like to take a workshop with Rich, see his list of workshops at www.richpomerantz.com/workshops.